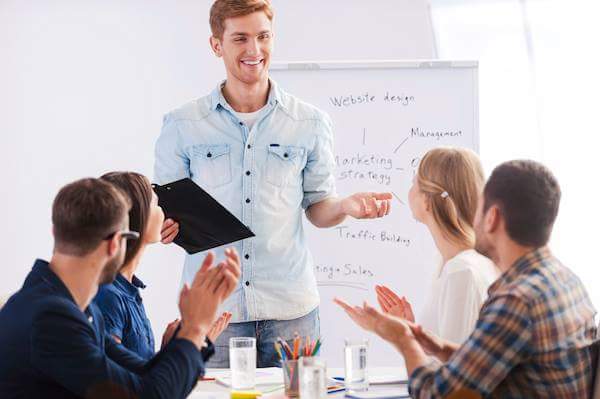 Becoming a leader is not something that people are born with, contrary to popular belief, it is something that is learned and must be worked on throughout a person’s life. That is why it is called personal development.

You must want to become a leader and first learn to be a follower of great leaders. Ultimately, you have to be open to learning and seeking knowledge to make you a better person, which will then influence people to want to follow you. For this and many other reasons, in this article we will discuss ten self-improvement tips you can implement immediately to become a better leader at work.

As mentioned in the introduction, the baseline for becoming a better leader is the desire to be one.

Understand that being a leader has its perks but it creates a tremendous amount of pressure because everyone will be looking to you for answers. You also have to understand that a leader is often chosen by the group as opposed to him or her deciding to be the leader. There are management coaching options available in order to learn more about what it really means to become a leader. If you feel like you’re already on the path however, here are ten tips that can help make you even better.

1. Tip to Become a Better Leader, Be the Example

In order to be a leader one must do what he or she says they’re going to do, and lead by example. Instead of telling people to clean the lunchroom after using it, do the cleaning yourself after everyone leaves and make sure one or two people see you doing it. This goes for anything else that you want people to follow your lead on. Do the thing first and show instead of tell.

2. Tip to Become a Better Leader, Have Humility

Nobody likes a cocky, arrogant leader. Yes, you may be the manager or CEO, but a title shouldn’t make you lose your humility. People want a leader who is humble, but also understands they have enough power to affect others.

3. Tip to Become a Better Leader, Learn to Communicate

If you can’t communicate effectively, then your chances of being a great leader are slim. Great leaders know how to talk to people and understand there are different ways to speak to different personality types.

Leaders set meetings and create agendas for people to follow. If you don’t know how to effectively lead a meeting and get people to understand what needs to be done, then there’s a high chance that your productivity will dwindle.

5. Tip to Become a Better Leader, Know your Boundaries

Know your boundaries and limits and know when people are crossing them. Being humble and helping people do their job is good, but people should also know what boundaries they can’t overstep and need to understand why they can’t. Otherwise you could be at risk losing your leadership.

Great leaders are often bred by being great followers. If you’re a leader at work, this doesn’t stop you from seeking the guidance of another great leader who can mentor you on how to do things better.

7. Tip To Become a Better Leader, Have Emotional Control

One of the most important tips we can give if you want to be a great leader, is to have emotional control. Your team can’t see you being emotional, or angry. There must be a balance and excellent reasons for these emotions to come through, because no one wants to follow an emotional wreck. This takes tremendous amounts of time and practice in real situations, but is easy to get the hang of once you understand which things trigger certain emotions.

8. Tip To Become a Better Leader, Learn from Mistakes

Learning from both successes and failures and always wanting to improve is an important trait and one that we at Management 3.0 support. It’s OK to fail, as long as you are constantly trying and innovating and experimenting.

9. Tip To Become a Better Leader, Keep Learning and Improving

1.0 Tip To Become a Better Leader, Ask for Feedback

The final tip is to ask for feedback. There’s a reason why restaurants, stores, and speakers at different seminars ask for your feedback. They want to learn and learning from the people they’re helping is the best way to do so. Ray Dalio, one of the most successful Fund Managers in the world created a feedback box for his employees to rate him anonymously on his performance and he learned that he was being a bad leader, but also learned that there was lots of room to have conversations with his team on how he could improve, and that made the difference.